American Dentists – Should you really trust them? Why?

We’ve long felt that most “medical practitioners” in the United States are outright money whores. Especially American Dentists. They don’t care about your health. They care more about how much they can bill. Sure, insurance premiums have played a role, but c’mon. Try and find yourself a Holistic Dentist somewhere – even if you need to drive a bit.

Why I Don’t Trust American Dentists

Due to living abroad for over a decade, I’ve been to dentists in half a dozen countries. From my cumulative worldwide experience, I can proclaim that my worst dealings with dentists have occurred in the United States. American dentists are overly aggressive with treatment and have practices that I believe are more likely to harm your long-term health.

I had a serious problem with cavities until adulthood, which I attribute to a combination of bad teeth genes and high sugar intake. Even as a young adult, I would dread going to the dentist because I would have a “small” cavity every other visit, often multiple small cavities. The response was always to drill—the sooner the better.

I remember one visit when a dentist found seven small cavities at once, including a couple of “microcavities.” I think he needed a microscope to see them. I had no teeth pain or discomfort from these cavities, yet he wanted to drill and fill them all over the course of two visits. Foolishly, I consented.

The dentist used a different kind of drill that I hadn’t experienced before—my entire head felt like it was vibrating. A week later, I developed a massive migraine that would randomly come and go. Not connecting the migraine to my dental treatment, I thought I had a brain tumor and would soon die. The migraine eventually went away but it had caused me a lot of anxiety. I later read numerous reports online from other patients that had also experienced headaches after receiving dental work.

Before leaving for Europe in 2010, I received recommendations from two American dentists to crown my back teeth. If I didn’t do so, I was told, the teeth may suddenly go bad and require “emergency” treatment. By this point, the only emergency I had with my teeth was the migraine caused by aggressive treatment, so I passed on the recommendation.

I moved to Europe and noticed that their dentists were different: they never X-rayed my mouth… not in the eight years I lived on the continent. A couple of times I asked why and they’d say, “We don’t do X-rays unless something is wrong because it exposes you to radiation.” Let’s compare that to America, where they insist on a yearly X-ray. Some want to X-ray you every six months!

Let’s put a yearly X-ray through the smell test. If you live to the age of 85, that means it’s recommended protocol in America for you to receive approximately 70 X-rays within the small confines of your mouth (starting from when you’re an adolescent). How does that seem even remotely sensible? And don’t give me the bologna that it’s a “tiny amount of radiation.” If it’s going through your flesh to reveal a picture of your bone, it’s too much radiation. If you have to wear a ten-pound lead apron, and the dental assistant has to leave the room when the X-ray is taken, it’s too much radiation.

But wait, there’s more. Not satisfied at X-raying your mouth once a year, American dentists have recently started pushing the “panorama X-ray” of the entire lower half of your skull that requires an even higher dose of radiation. The reason as told to me? “To make sure everything is okay and you don’t have any tumors.” So they use the fear of cancer to convince you to get more X-rays which can cause tumors! And of course, this X-ray is very expensive (around $250). It’s another income stream for them. By the time you reach the end of your long life (made less likely by their X-rays), an American dentist will hit you with up to 100 X-rays. How is this at all justifiable?

The second thing I noticed about European dentists is they’re not eager to drill healthy teeth. Whenever I had a small cavity, they’d say, “Let’s watch it, but you don’t have to do anything right now.” American dentists, on the other hand, sternly recommend immediate action. Drill, baby, drill! That healthy segment of the tooth around the cavity must go (to help set the filling). And they use scare tactics to get you to agree, by saying that it could go “deeper” and cause “bigger problems” down the line, maybe even requiring a root canal, a controversial procedure.

Perhaps you’re wondering, “How did the European dentists treat you without X-rays?” With the eyes that God gave them! They would do all their treatment with eye vision only. That’s not enough, you may say. Well, in the near-decade I lived in Europe, I have not had one major tooth problem. I actually came to enjoy going to the dentist, because it would leave my teeth squeaky clean, and by squeaky clean, I mean totally eradicating my mouth’s natural microbiome. And what about those crowns I needed in my back teeth, that would cause an “emergency” upon failure? Ten years later and they’re fine! Let’s hope for another ten years!

Last year, I moved back to the United States and made an appointment with an American dental office. I arrived to my appointment and immediately they wanted to give me multiple X-rays, both panoramic and bite-wing. I said, “I rather not. You can just use your eyes to see if there’s a problem.”

“We need to take X-rays so we can see what’s going on,” the dental associate said. “It’s standard policy.”

“It’s also a liability issue. If you have a condition, and we don’t diagnose it, you could sue us. There may be something wrong that we can’t see.” Again with the fear tactic, but what does their fear of getting sued have to do with my health? It was clear to me that the X-ray policy is driven more by money than matters of health.

I said, “I waive all liability for you. I just want you to scrape the plaque. I don’t have any problems.”

“We can’t treat new patients without an X-ray. If you have a previous X-ray from another dentist, we can accept that.”

I didn’t want the X-ray, but now I’m thinking that I’ll have to go through this silly charade anywhere I go. Well, I haven’t had an X-ray in a decade—maybe this X-ray won’t give me cancer after all. I relented, more out of laziness to make another appointment with a different dentist. Besides, this dentist got great reviews online.

I got zapped with the X-rays and then the dentist came to do his work. I must say he was quite professional. He made sure I was comfortable and the background office music was soothing.

“Everything looks good,” he said. “Only one issue is you have a cracked filling that I recommend you repair.”

“Would you have to drill healthy teeth to repair it?” I asked.

“Then I rather not.”

“It’s better for the strength of the tooth. I recommend you do that.” Drill, baby, drill! My first visit back and they’re already coming at me with the X-ray and the drill!

“Maybe next month,” I said, politely. The next month came and, of course, I did not make the appointment. 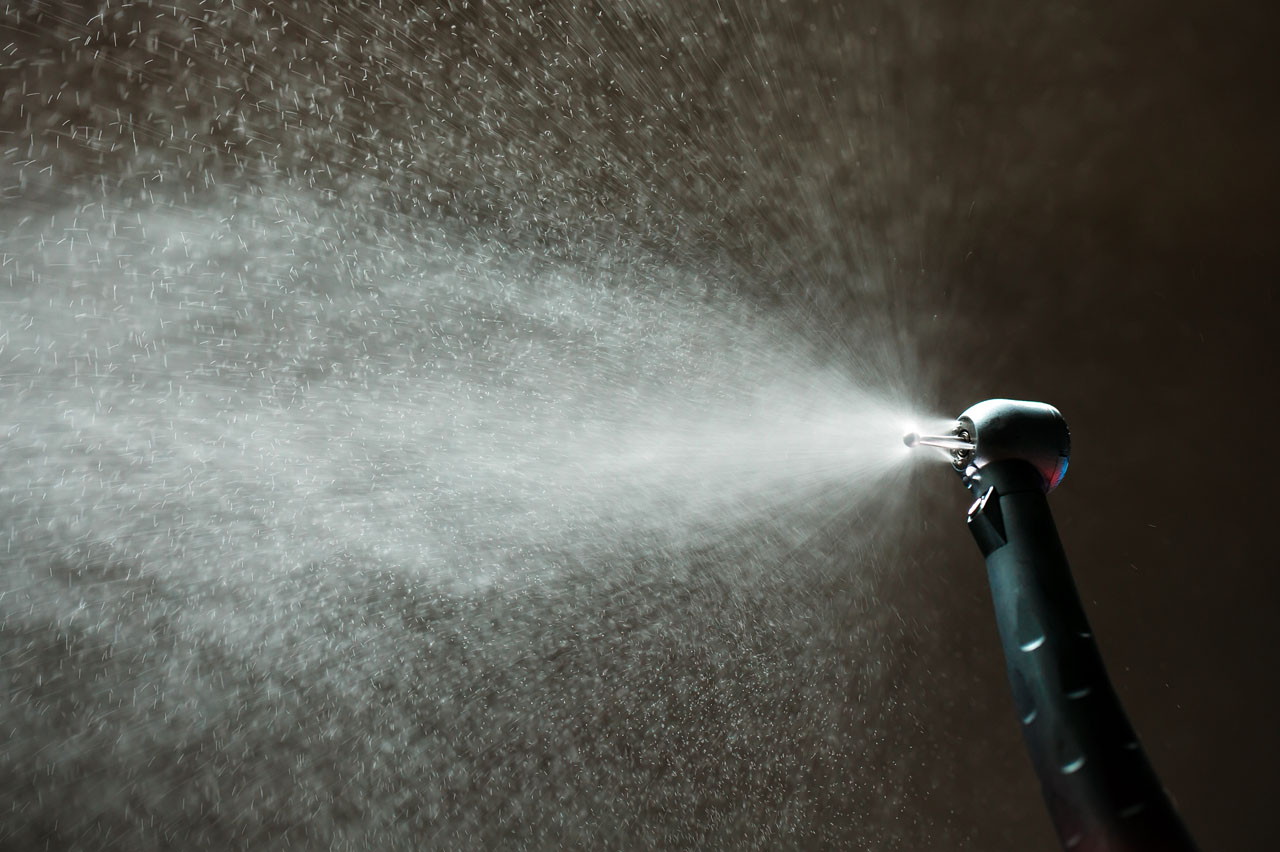 I went back to him for a cleaning about eight months later and told him with a smile that the chipped filling is holding up just fine. He tried to X-ray me again but I declined. After the cleaning, I stated that I didn’t want any more X-rays unless I was experiencing a problem. He told me that he could no longer treat me, and stated that he doubts any other dentist would treat me either. This is the first time in my life that I’ve been refused medical care.

I have better dealings with car mechanics than dentists. An honest mechanic will tell you to keep driving a car if the engine is making a little noise, but a dishonest one may insist on a complete rebuild. American dentists never have a wait-and-see attitude and use just about any pretense to whirl up the drill. The cynical part of me wants to believe it’s a money grab since dentists don’t exactly drive beat-up Honda Civics to work, but if you account for the years of improper schooling that all of them must go through, it will be hard to find a dentist under the age of 50 who will pass on any excuse to operate on your mouth.

It looks like I will have to find a dental assistant and pay him for underground treatment in a basement somewhere, all so I don’t get zapped by X-rays. Or maybe I’ll just plan a yearly European vacation and get the treatment done that is much more sensible, without worrying about any long-term side effects. I don’t look forward to traveling in a post-coronavirus world, but if it means I don’t have to visit an American dentist, it just may be worth it.