A Not Ludicrous Electric Car

A Not Ludicrous Electric Car

Electric cars can make sense – when they’re not made nonsensical by trying to directly compete with non-electric cars, which current technology doesn’t permit but which the various mandates and subsidies attempt to force-fit.

That makes it a sensible electric car. 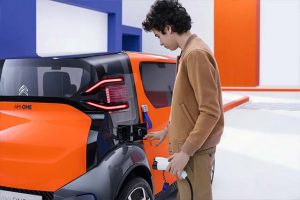 The Ami – which you can’t buy here but goes on sale later this month in France and soon in other European countries – hasn’t got a range problem because it isn’t made to go very far – or very fast.

It is designed for for the short-range/low-speed driving that electric cars are better at than IC cars and only costs $6,600 because it doesn’t try to do what insensible electric cars are terrible at (long distance driving) as well as very expensive at because it takes 1,000-plus pounds of batteries that cost more than the whole Ami to keep an insensible EV like a Tesla3 moving at highway speeds for more than 100 miles or so.

In France, you can lease this sensible little EV for $22 per month – about the cost of a Hulu or Netflix subscription.

Less than the cost of a tank of gas.

Anyone can afford one – even high school-age kids – unlike a Tesla, et al – which few can afford precisely because they try to do the things electric cars shouldn’t even be trying to do until the endlessly promised just-around-the-corner “breakthrough” in battery design is actually delivered.

And wouldn’t pretend they can deliver – but can’t, until either the laws of physics and change or there a new type of battery/power source is developed that isn’t constrained by the laws of physics and chemistry in the way that lithium-ion EV batteries are and probably forever will be – necessitating a shuck-and-jive routine that would make The Kingfish cringe. As well as a disgusting regime of wealth-transferring subsidization from the working man to the affluent virtue-signaling man. 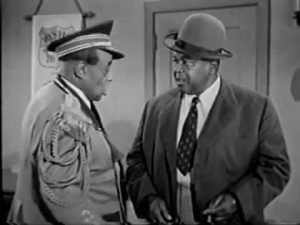 Absent all the government mandates, quotas and subsidies, insensible EVs would not exist at all, except as concept cars. They would not become production cars – in a free market – until the endlessly-promised-but-yet-to-be-delivered “breakthrough” in battery design makes it technically possible to drive an an electric car farther than a non-electric car – so as to make up for the electric car’s longer recharging time.

And cost the same to own rather than more.

EV ownership costs – as distinct from the cost to drive one on for-the-moment “cheap” (because tax-free or just “free”) electricity – would have to be equivalent to the cost of owning a non-electric economy car over the same span of time a current IC economy car usually lasts before it begins to need expensive repairs – so about 15 years or so.

Otherwise, it remains an exercise in round-pegging a square hole. 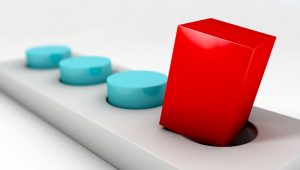 Not surprisingly, the Ami doesn’t need to be “helped” by subsidies because it’s  an economically sensible alternative to any other car  – electric or IC –  for short-distance commuting and urban run-abouting. It’s more sensible than a motorcycle, even – since the Ami is in fact a car and so enclosed and so you stay dry when it rains and warm when it’s cold and you also have space for your things.

It also recharges in three hours – not the usual six-to-twelve – using standard household current rather than a “fast” charging rig that costs a fourth of what the Ami itself does. 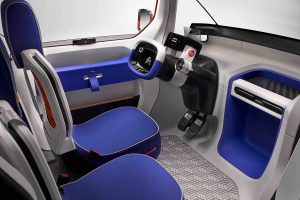 The catch, of course, is that it does not boast Ludicrous Speed nor does it try to do what an electric car shouldn’t attempt given the current state of battery tech – long-range/high-speed driving.

Which is precisely why the Ami is sensible, inexpensive and practical.

It does not need 1,000 pounds of battery pack – as a Tesla3 does – and so it does not cost ludicrous money.

Of course, the Ami doesn’t travel very far. But then neither does the Tesla. Or any electric car currently available. None of them can go more than a couple hundred miles, best case, before they stop going altogether. Most go less than 200 miles – which is about half as far as a typical not-electric car – unless you pay even more – for the optional higher-capacity battery.

(This latter inconvenient truth about insensible EVs is almost never mentioned when EVs are discussed – even by the car mags. It’s as though they don’t want you to know something.  At least, until it’s too late.)

Which, of course, makes them silly – and environmentally toxic – as well as well as ludicrously expensive. Which is why it is necessary to pay people (using other people’s money) to buy insensible electric cars. Few would otherwise, in part because few could afford to do so otherwise.

Unlike the Ami – which anyone who can afford a ten-year-old used IC economy car could easily afford.

Were it not for all the government diddling of the market for EVs, there would almost certainly be more EVs like the Ami – which millions of people who live in urban/suburban areas would probably be very willing to pay for – using their own money. In part because they’d have more money in their pocket, having spent half the amount they’d otherwise have to spend on a small IC economy car and a fraction of the price of a ludicrous electric car like the Tesla. 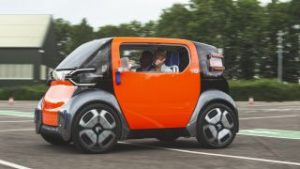 The hair in the soup, of course, is that the virtue signalers who buy Teslas and so on aren’t  actually interested in economy or efficiency. They want exclusivity, flash and speed. All of which is fine, as such.

But spare us, please, the virtue signaling.

That they don’t tells you much about the why.