While this is an interesting read regarding the ability to consciously make good decisions and adapt – it seems odd to us. As if this human trait is special in some way. Or has “executive intelligence” become a topic because that characteristic is fading due to technology?

Executive Intelligence is a new paradigm to understand how individuals adapt to their surrounding environment.

Via Exploring Your Mind 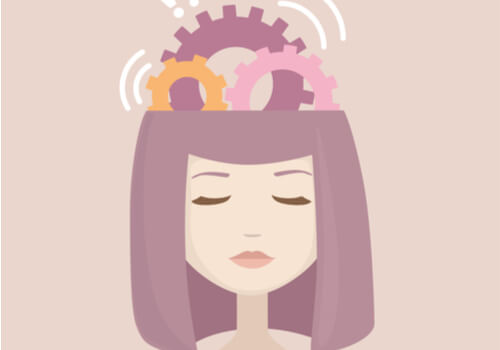 We usually envision academic intelligence when we think of intelligence. That’s a good student with high scores or a person with a university degree or a scientist who does research. But this way of perceiving intelligence doesn’t include everything in this psychological process; executive intelligence, for instance.

Currently, we know there are multiple types of intelligence. Thus, we understand it as the ability to interpret the information that comes to us from the outside and integrate it with its inner experiences. Then, we give the best response to the conditions we face (executive intelligence).

Thus, studying this type of intelligence in the physiological plane makes one focus on the frontal lobe. Especially in the human prefrontal cortex, the one responsible for impulse control and decision-making. Let’s say that the frontal lobe directs and governs the rest of the conscious functions of our brain. We know all this because people who experience cerebrovascular accidents lose their executive functions entirely or they end up badly damaged. The same happens to those who have accidents at the neural level in the frontal lobe.

The scientific literature documented several cases of how a lesion in the frontal lobe causes problems. They were continuously distracted and unable to plan their simple daily routines. Also, they couldn’t remember what they did or why they did it. And, above all, they didn’t know how to stop their impulses. In this regard, the well-known case of Phineas Gage is a good example (Ratiu, et al., 2004). An accident damaged part of his frontal lobe and, although he’s still alive, he lost what makes him more human. He lost his executive intelligence.

What skills make up executive intelligence?

Self-control is one of the main components of executive intelligence. The frontal lobe (the prefrontal cortex near the orbits) is responsible for regulating our many behaviors. Also, for assessing the possible consequences of our actions and deciding what to do in each situation. In other words, the weight of education and cultural pressure rests with the frontal lobe and is part of executive intelligence. This is one of the hypotheses currently under consideration. It seeks to explain that the frontal lobe works harder on people diagnosed with attention-deficit/hyperactivity disorder. Mainly if they take prescription stimulants.

Baddeley conceptualized working memory (1974) and he generally refers to a process rather than a knowledge storage function. Working memory is the type of memory we use to develop reasoning. Also, to remember things in the very short term. In fact, it’s what allows us to develop action plans and make decisions. Let’s say it’s the type of memory we call a processor, or CPU, on a computer. Working memory allows us to manage a large quantity of information in a short amount of time. Thus, we can put everything together in order to assess what to do, how we feel, and what’s the next step to take.

Being able to make decisions in a thoughtful manner in the shortest possible time is part of executive intelligence. An intelligent decision-making process values ​​the pros and cons of each possibility. But, in turn, it does so at a level of depth that allows it to be optimal. A person with optimal executive intelligence knows just how to make decisions. Also, they do so in a timely manner.

The decision-making process we carry out from executive intelligence implies a great capacity to consider a scenario beyond reality and mentally consider all the various possible scenarios.

Being able to plan is an indispensable skill for the various activities of our daily life. In addition, it’s necessary at key moments such as studying and looking for work and becoming independent and building our own family. We use our executive intelligence for all those situations. Therefore, it’s very useful to do exercises that enhance planning and strategy creation.

A properly developed executive intelligence allows you to adjust your ideas to the changes you experience in your reality. In this regard, psychologists know that it’s very healthy to change your mind. Because a change in opinion is a sign of cognitive flexibility. And it allows you to adapt your thoughts or plans to the circumstances of a given moment. In addition, being flexible at the cognitive level has to do with a greater capacity to manage frustration. This is because, thanks to such flexibility, you’re able to change the way in which you try to reach a goal without changing it.

Likewise, highly intelligent people, at the executive level, have a greater ability to adapt to adversity. It’s all due to their greater cognitive flexibility. In other words, if they have a plan and things don’t go as expected, they keep the goal but change the plan.

You can perform exercises that make you leave your comfort zone for better cognitive flexibility and to, therefore, enhance your executive intelligence. Thus, change your daily routine and expand your personal interests. The more varied the stimuli that go into your mind, the more flexibility you’ll have.

This component of executive intelligence is perhaps what makes you human. You can think in abstract terms about “things” that don’t exist in the physical world but in the mental or emotional one thanks to it. In turn, you can also think about what you think (metacognition). Abstract reasoning is what allows you to work on your emotions, feelings, doubts, fears, and other psychological aspects.

Moreover, this kind of intelligence allows you to make sense of your life and it feeds your mental health. Abstract reasoning is what helps you feel that your existence is worth it and leads you to think that you have to take advantage of every minute you’re awake. Without this capacity for abstract reasoning, you would have an excessively pragmatic and meaningless life. Moreover, to improve your abstract reasoning, you can train your ability for introspection. Also, you can study and read more about subjects such as philosophy and art.

Finally, remember that this form of intelligence is a different way of understanding intelligence itself. That the greatest benefit of this approach is it allows the modeling of its different components to improve human quality of life. In other words, executive intelligence is part of a new paradigm that focuses on improving every individual’s adaptation to the world around them. Dare to train yours!