How many of you think about the ludicrous “rules” that “govern” everyone? Or that most of them have some kind of financial penalty? And those who “enforce” them are armed – and can put you in a cage – but not vice-versa? A bit lopsided, eh?

Both are possibilities – and sometimes, actualities.

An unbuckled driver might be hurled out of the vehicle and crushed by it (this happened to someone I know). But he could also be trapped inside the vehicle and burnt to death (or drowned) because rescuers couldn’t reach him in time to cut him free.

But the proper question isn’t which is more likely to happen but rather, who has the right to decide which of these two risks alarms them more.

Is it ourselves? Or is it someone else? 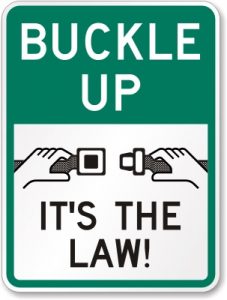 The government asserts – via laws and men with guns – its power to make that decision (and many others) on our behalf and contrary to our own preferences. This is a pretty outrageous thing, when you think about it a little bit.

But it’s an evil principle that’s been accepted via a kind of mesmeritic philosophical-moral osmosis, over several generations. It is the idea that the government is (effectively) our parent and endowed with the rightful authority that parents have over children to protect them – for their own good (as decided by the parent).

Of course, it is never stated in such explicitly honest terms. It is implied – and that is enough to obtain, if not the consent of those parented, at least their compliance (based on the threat of violence, always hovering, for non-compliance).

The problem, of course, is that we are not children and the people who operate the levers (and wield the guns) of government are not our parents. We don’t even know these people, except by name and title. And they only know us in a figurative sense – as “the public.” 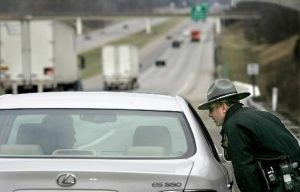 What gives these people the right to claim parental authority over grown-up men and women unrelated to them?

Italicized to emphasize the philosophical-moral issue at hand. The people who constitute this fictitious entity styled “the government” certainly have the power to enforce their decrees – but that is a very different thing than rightful authority of the sort exercised by parents on behalf of their minor children.

And what the government does isn’t parenting. That is an inaccurate – a much-too-benign –  term. The government is – and does – something much less savory.

A parent’s job is both natural and kind; it is to prepare the child to be a free and independent adult – a person no longer in need of parenting. It is a temporary and short-term occupation in the scheme of things, with the end result being (hopefully) another free adult.

What government asserts is ownership – in perpetuity – of infantilized adults. 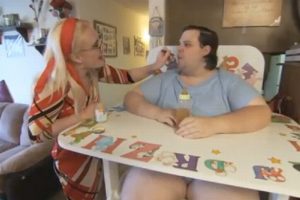 The object is not the eventual independence of the pupil – so to speak- but rather his permanent submission to the power of the government. By which is really meant the power of the relative handful of people who comprise it.

There is a better name for this arrangement. It is slavery.

Everyone is opposed to this, of course – but for cognitively dissonant and conditioned reasons, only when it’s obvious.

Massa in his great house; an overseer keeping the field hands compliant. But do we not live on a very large plantation ourselves? Is not the arrangement the same in its essentials?

The “massas” are several, federal state and local – but they assert ownership over us just the same as the one – and they use overseers (armed government workers) just the same to enforce their asserted ownership. How else to view this business of grown men and women being told they will wear a seat belt (and hand over a portion of their earnings and accept being told what they may do with their property, with whom they may associate – and so on) else be punished?

The massas’ doctrine is premised on our being their property – which they claim a (specious) right to protect.

Put another way: The only way such a right would not be specious would be if we are in fact their property; if they do own us.

Owners have every right to do as they please with their property. It defines the relationship.

Just the same as we assert ownership over our dog or cat, say. No one disputes our right to have Fido or Felix  “fixed” and groomed, to decide what they will eat and where they will be allowed to roam (or not)   . . .  and to punish them when they act contrary to our wishes.

Because it is understood that these critters are our property. 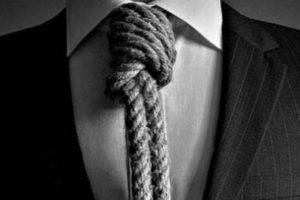 Just the same as massa (singular) in the great house asserted his ownership over his slaves by ordering them about, managing their lives and having his overseer threaten to or actually whip them if they disregarded his authority.

Is this sounding familiar to you yet?

Seatbelt laws are no different; they are merely a manifestation of ownership.

It may seem a trivial thing to object to “buckling up,” but it is not the buckling-up that’s being called out. It is the asserted authority to compel the buckling up.

A very big principle is at stake.

By accepting that the government – just other people, remember – has the rightful authority to take away from us the free choice to assume any risk affecting ourselves only because it (they) considers those risks unacceptable, we have accepted the evil principle that the government has a property interest in us.

That we are owned by the government.

By the people who are the government.

Does it rankle? It ought to. But it doesn’t – for most people – who’ve been narcoticized by their conditioning to accept such effronteries as both normal and desirable. With the vicious consequence of the field hands begging to be controlled – and owned – to ever greater decrees by demanding controls be imposed on others, who then demand controls imposed upon them in turn.

Only the massas – rendered in the plural.