Right – “Cure” for the common cold

An article we posted few days ago mentioned how some promising cure for the common cold has been discovered.

However, if you read the (common cold cure) article with an ounce of critical thinking skills – you’ll realize it’s total bullshit.

We’ll explain why by offering our thoughts, then re-post the entire article below.

Why the common cold will never be “cured” (in that respect)

They don’t want healthy people at all. Otherwise, everyone would be on the carnivore diet. 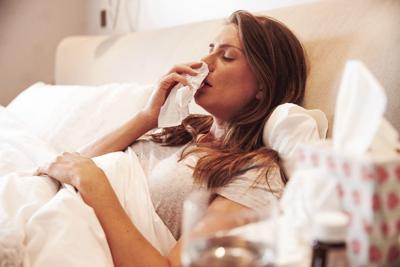 There’s not much you can do to stop the common cold except wait it out. But a new study published in Nature Microbiology may have lit the path to discovering a drug that can stop the virus in its tracks, scientists say.

Researchers in California recently discovered a protein needed for the viruses that cause the common cold to spread inside your body. Get rid of the protein, get rid of the virus.

That’s just what scientists at Stanford University and the University of California in San Francisco did, first in human cancer cells, then in lung cells and finally in live mice. The results of their study suggest that a drug, capable of keeping the virus away from that protein, may be able to stave off a winter cold.

“There’s still a long road to go,” Jan Carette, an associate professor of microbiology and immunology at Stanford University School of Medicine, told The Washington Post. “But I do think it’s an important step.”

A cure to the common cold has been eluding scientists, in part because about 160 strains of rhinovirus can cause a head cold. To prevent the flu, by comparison, scientists target only three to four strains of influenza each year. Scientists have been able to create vaccines that are fairly effective at targeting influenza, but going after 160 varieties of rhinovirus is much more difficult. Add to the puzzle the speed at which viruses mutate, and it’s easy to see why treating the common cold has long been a frustrating scientific enigma.

“Really the trouble in trying to generate a vaccine is: That has not worked so far, so it probably won’t work,” Carette said.

Scientists do know a few things about the spread of those rhinoviruses, which belong to a genus called enteroviruses. The virus penetrates a host cell and uses some of its own proteins and some of its host’s proteins to replicate, creating hundreds of copies of itself. Those copies spread to other healthy host cells and start the process again, until the immune system realizes the body is under attack and starts to fight the infection.

“People say: ‘The common cold is not that bad, right? You sniffle some days and then it’s over,’” Carette said.

That’s largely true, but for a few people, it can be a serious illness. Those with severe asthma can endure dangerous complications from the virus. And some other rare enteroviruses, which might also be defeated by a broad-spectrum antiviral drug, can cause severe symptoms, including paralysis.

“When we started our research, we started with those two problems in our mind,” he said.

The California scientists searched for a way to inhibit the virus from spreading from cell to cell, which could eventually lead to a new antiviral drug. Carette started his hunt for a possible cure to the common cold by knocking out genes for possible “host proteins” one by one using CRISPR, a gene-editing technique that can alter specific DNA sequences from a cell or organism’s genome.

Carette’s team knocked out a different gene in thousands of cancer cells until they had systematically deleted each gene in the human genome. Each cell lacked one gene and one corresponding protein. Then, his team exposed the cells to two enteroviruses.

Some of the cells succumbed to the viruses, but others flourished.

The absence of one obscure protein consistently stopped the virus in its tracks: SETD3.

The researchers then turned off the gene for SETD3 in healthy human lung cells, which are often infected by rhinovirus strains. The virus failed to multiply and spread there.

Finally, Carette said, they used a live mouse to test whether an organism without the protein could avoid the virus. Scientists injected the mice with an enterovirus with effects similar to polio. Unaltered mice deteriorated until they died of paralysis caused by the virus. But the SETD3-deficient mice survived.

That missing protein appears to be important for pregnant mice and may play a role in uterine contractions, but was otherwise unnecessary for healthy mice, the researchers found.

“We definitely have a new and exciting way to try to tackle the common cold,” Carette said.

Other immunology researchers said the study is promising.

“I think the quality of the work is outstanding, and the different, parallel investigations that were conducted to prove this really interesting and important finding were also exceptionally well done,” Alex Khromykh, a virologist and senior research fellow at the Australian Infectious Diseases Research Centre at the University of Queensland, told The Post. “As a researcher, I would salute this kind of study and really support them. As a physician or doctor that wants to have these drugs ready tomorrow, that’s probably unlikely. But with the proper development, it’s possible to happen later.”

Although the study’s results could send scientists down the road to a cure for the common cold, significantly more research is necessary.

“There’s a long way to go before we’ll know if we can develop an antiviral that targets this protein. We’re talking many years of work,” microbiologist Vincent Racaniello of Columbia University told Scientific American. “Just because you can take it out in mice doesn’t mean you could take it out in people.”

Human trials may show that SETD3 plays a more important role in our bodies than in mice and that inhibiting the protein may put patients at risk, which could force scientists back to square one.

But Carette said he’s eager to start looking for a drug that could safely inhibit the interaction between the virus and the protein SETD3.

“The reality is, even when you have the drug, it does take time to go through this pipeline of preclinical and safety testing,” he said. “That’s usually five years if you’re very optimistic, or 10 years if you’re more realistic.”