At what point in time do people stop believing the (fake) nonsensical “environmental” garbage being echoed across the world? What happened to actual math? The environmental (and government) game is even less significant than splitting hairs. For what? Battery manufacturers? The real losers are you and me and anyone else who wants to have a super-efficient and cost-effective car that doesn’t harm the environment.

What you’re left with is “talking points” that apparently make most people “feel good,” as well as (realistically) potentially unstoppable infernos on wheels (that take half a day to juice up.)

If you thought it was over, think again. The government may have torn off its pound of flesh; now it’s the lawyers’ turn.

Arguing that VW “embezzled from the environment” and “polluted portfolios,” a class action suit is demanding an additional $10.6 billion in damages from VW – on top of the estimated $32 billion the affronting of Uncle has already cost the company.

The argument is that VW didn’t alert investors to the “notice of violation” the government (EPA) sent to company higher-ups on Sept. 18, 2015 until four days after it had been received – depriving them of the opportunity to unload their stock before the story became public. 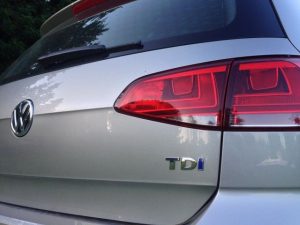 Following which, the value of VW’s stock cratered by 34 percent.

True enough. But their loss is chump change. The real losses have yet to be quantified. But we know who the real losersare.

We won’t get the 60 MPG diesel VW was working on and had planned to offer for sale in the United States. We won’t get any VW diesels at all. Other manufacturers – including Cadillac (just announced) Mazda, Mercedes and looks like BMW, too – have also either decided not to bring diesels to the market here or pulled the ones they had in the lineup on account not merely of “bad PR” but because of lunatic emissions compliance costs (to achieve environmentally irrelevant fractional reductions in tailpipe exhaust emissions) that are making it too expensive to bother with diesel engines.

How much has that cost us? 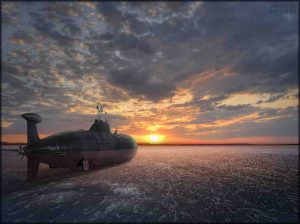 These diesels – and not just VWs diesels – were brilliant. They delivered hybrid-car mileage without the expense and complexity of two drivetrains in the same car – and suffered from none of the multiple functional gimps that make electric cars as sensible as a submarine for the desert.

Instead of half or less the range of an electric car, the diesel went twice as far. And when the diesel ran low, it took a couple of minutes to refuel vs. a couple of hours (more like 6-12 hours) for the EV to recharge.

Diesel don’t carry around 400 pounds of toxic materials that will spontaneously burn if they come into contact – as when the battery case is damaged in an accident.

Diesel is hard to burn.

Much harder to burn than gasoline. Orders of magnitude harder to light up than the stuff inside an EV battery. A mere spark won’t usually do it. It requires compression and heat to get diesel combusting. It probably won’t light up if it just leaks out of a damaged fuel tank – even if you throw a match on it.

Try it and see. 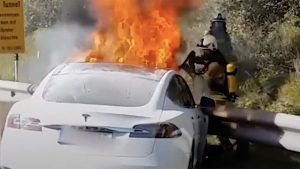 Diesel takes less energy to refine than gasoline; it is a simpler product. Electric motors may not be complicated, but the electronics necessary to run an EV and modulate the battery, so as to prevent it from being discharged too much and too soon or recharged too fast – among other things – are very complicated. It is one of the reasons why EVs are so expensive.

The infrastructure that would be necessary to support more than the handful of EVs currently in circulation (about 1 percent of all new cars and almost all of them in California and Arizona) is essentially nonexistent; it will take billions to build it and all of that money will have to be ripped from the hides of taxpayers, since there is insufficient market demand for electric cars to prompt natural investment in the infrastructure – charging stations, power plants – EVs need. 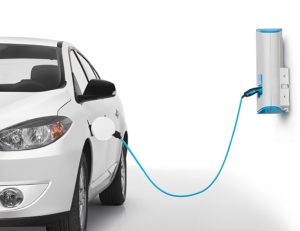 Well, they work – if they are charged up. But if you don’t happen to have access to a warm place – a place where the temperature is above freezing – then you can’t recharge them. It’s the nature of EV battery chemistry.

You can pump diesel even if it’s -10 outside, no worries.

If you can’t find a heated garage, your EV is a brick until you can.

Diesels are also – well, they were – affordable.

Before they got yanked off the stage in 2016, you could have bought a 50-plus MPG Jetta for about $22k – which is $8k less than the least expensive EV available. And bear in mind that “least expensive” is massively subsidized. Without the subsidies, which someone has to pay for, the price of every EV currently on the market would need to go up by about 30 percent to justify its manufacturer.

Unless gas prices at least double, an EV makes as much economic sense as spending $5 on something worth $3 in order to save 50 cents. 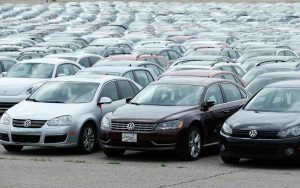 Which is why EVs have to be subsidized – and their manufacturer mandated.

Diesels sold on their merits. They required no mandates or subsidies to get people to buy them. Lots of them. VW by itself sold more TDI-powered cars than all the electric cars “sold” (given away at a loss) by every car company “selling” EVs.

You can see why diesels were a problem  . . . not for “the environment,” but for the Electric Car Agenda. Which is really a get-them-out-of-cars (or at least, get-them-driving-less) agenda.

It’s hard to get most people interested in a $40,000 electric car that can only go maybe 150 miles before it needs a several hours’-long pit stop when those people have the option of buying a $22,000 diesel-powered car that can 700-plus miles and can be refueled in 5 minutes or so . . . and without having to find a heated garage in the wintertime.

If anybody should be class-actioning, it’s the entire car-buying public. And the target of the suit ought to be Uncle. The out-of-control regulatory apparat. 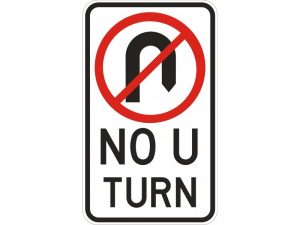 The “cheating” VW is “guilty” of is of the same species as performing an illegal U-Turn or making a right on red. These are not crimes because there is no victim.

They are statutory affronts. Manufactured excuses to mulct the innocent. Unless, of course, you take the position that punishment should be meted out to people – and companies – over technicalities. That it is the proper business of government to harm people for not harming anyone but merely because they ignored or evaded some schoolmarmy rule, no matter how silly, arbitrary or counterproductive and wasteful obeying the rule at issue may be.

No matter the number of victims it creates by its existence – and its enforcement. Think of “Drive 55” and the millions who were mulcted on account of it. Who has been harmed by making an “illegal” U-turn when it’s safe to do so? Has Uncle produced even one person tangibly harmed by the fractional differences in exhaust emissions produced by VW’s “cheating” diesels?

VW’s lawyers ought to try out that argument. It might not fly in court, but if they explained it to the public, people might begin to get it .