The Money Pit {of new cars}

Used cars are SO much more sensible (most of the time). If you’re a smart buyer and understand cars more than what you see on TV, and have actually worked at least a little bit on them, you can do your best to minimize getting a lemon – which can also be a money pit as well.

Below is a staggering look at how much you can piss down the drain by getting the latest and greatest instead of putting the money to better use.

The Money Pit {of new cars}

This is a low figure, too. It is calculated on the base price of each car – not the optioned-out price. Since I know the person – and the cars involved – personally, I know for a fact that she paid considerably more than the base price for each of these cars. The total is probably closer to $225,000.

And the figure does not count the insurance, property taxes and cost of maintaining and repairing those cars, which – figuring very conservatively – must have been at least $5,000 per car over its lifetime.

Almost – and probably more than – half-a-million dollars that could have gone toward appreciating assets or at least toward savings was instead spent on disposable appliances not fundamentally different from toasters – with the one important difference that toasters won’t bankrupt you while new cars will. 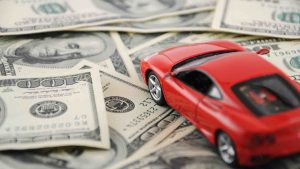 Because their value sinks almost as fast as the famed luxury liner did. It is as predictable as Pravda during the Brezhnev years that if you buy any high-end luxury car this year, in about six years, it will be worth about half what you paid for it.

The main reason for this is that  the initial value of high-end luxury cars is mostly a function of their being “the  very latest thing.” And once they’re not . . . .

Also, ordinary cars now generally come standard with most of the high-end features which used to be exclusive to high-end luxury cars. For example, power everything, climate control AC, a very good factory sound system, heated seats and leather, etc. All these things are available in $20,000 Corollas – which makes it hard to understand what you’re getting when you buy a $50,000 Mercedes but easy to understand why the $50,000 Mercedes will be worth $20,000 (or less) five or six years from now. 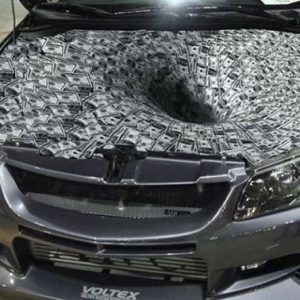 My broke friend would have done much better buying a Corolla – or a used Mercedes.

The other big mistake she made – which you may have noticed from the timeline – is not keeping the cars she bought long enough to make them work for her rather than bleed her. Trading in a high-end car every five years or so – as she did – coincides exactly with the lowest point of the depreciation trough.

She bought high – and sold low.

Had she kept the cars 50 percent longer – ten years instead of five or so – she might not have lost 50 percent of her “investment.” And if she’d kept them long enough, she might have recovered some of her investment. 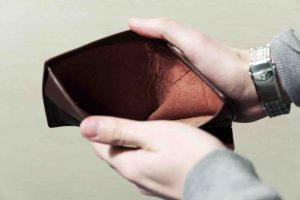 Such vehicle are also sound purchases – in part because it doesn’t take much to purchase them (most people can buy them outright, so no payments and no ongoing debt; also much lower cost to insure and negligible taxes, which are based on average retail value) and in part because they have already depreciated to the extent they are going to depreciate until they’re no longer functionally sound.

As an example of that – vs.  the example of my now-broke friend – I submit myself. I’ve never bought a new car, high-end or otherwise. I’ve always bought older, already depreciated cars, as follows: 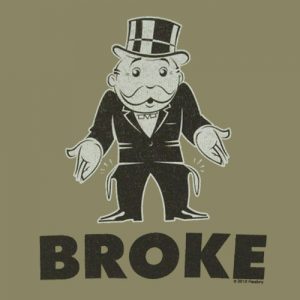 So, just under $23k (plus insurance, taxes and maintenance) over the same span of time as in the example of my friend who whooshed  through a quarter-million.

Sure, she got to drive high-end new cars and I drove older cars without the cachet or the climate control.

But I’m not the one who’s broke – and living on the government dole.