What’s missing from new cars – and why

[For those of you who have the benefit of remembering these things… It’s amazing all the new stuff they essentially force you to have in new cars. As far as our next car – we’re going to get one that is OVER 25 years old – so we can have a historic car that doesn’t need the hassle of inspection!]

New cars have many features old cars never had – LCD touchscreens and WiFi, for instance. But new cars are missingsome things, too.

Maybe you remember – and wonder why?

Bumpers that could take a bump

Until about the early-mid 1990s, most cars still had external bumpers designed to be . . . bumped. They were made of steel and so didn’t easily tear, like today’s plastic bumper covers do – leading to very expensive repairs, usually involving the replacement of the torn bumper cover and then repainting it. 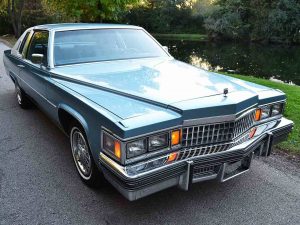 Environmental regs made chrome-plating steel bumpers expensive – so they were replaced with cheap plastic bumper covers painted body color. Underneath these plastic fascias – as they’re called – are structures designed to crumple up like tin foil, which is another reason why new cars incurs so much damage in even minor accidents. In the Bumper Days, there was often no immediately noticeable damage after bumping into another car – and if there was, it was often possible to just pull the bumper back into place.

You can’t do that with a torn plastic fascia.

It’s getting hard to see where you’re going, especially to the sides and behind you. It’s become so bad that most new cars have sensors that beep when you’re about to bump into something – operating on the same principle as the blind man’s cane – and cameras with TV monitors to let you see what you otherwise couldn’t. It used to be that only huge RVs had back-up cameras – because only huge RVs needed them.

Safety regulations have turned passenger cabins into tank command centers, with about the same view of the outside world. The pillars which support the roof are easily three times as thick as they used to be – in order to support the weight of the car if it rolls onto its roof, per the federal requirement.

Of course, the poor visibility makes it more likely that the car will end up rolling onto its roof – but at least you’ll be saaaaaaaaaafe if it happens. 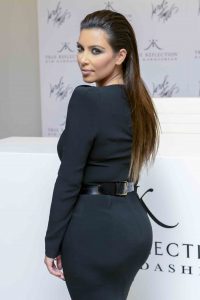 Most new cars also have bloated/jacked-up kaboooses – sheetmetal and plastic Kim Kardashians – and that plus often tiny and sharply slanted rear glass makes it very hard to see what’s going on behind you – and whether, in particular, there’s a child playing in the road behind you. Hence the back-up cameras and remote TV displays – which older cars never had but which all new cars have to have, per federal fatwa.

My ’76 Trans Am, like most American cars of its time, has a floor-mounted dimmer switch. If you want to cancel the high beams, you use your left foot – enabling you to keep both hands on the wheel. In modern cars, it’s usually necessary to take at least one hand off the wheel in order to dim the headlights via pulling back on a steering column-mounted stalk. This stalk also often houses the controls for the turn signals, windshield wipers and (in some cars) other things, too. So it’s fairly easy to turn on (and off) other things when all you wanted to do was turn off the high beams. 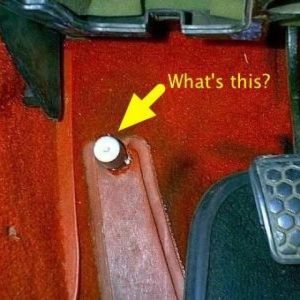 Packaging. The car companies make money by figuring out how to sell you a car for more that cost them less to build. A single multi-function steering column-mounted stalk apparently costs less in the grand scheme of things than a separate, floor-mounted dimmer switch. Another (and less snarky) reason has to do with keeping the high beam control clean and dry. On the floorboard, it’s more vulnerable to getting wet – and to dirt getting into the works.

And then, not working.

Wing vents for the door side glass

Most cars didn’t use to have air conditioning – which for a long time was a high-end (and highly expensive) option. So it was necessary to make sure the air flowed some other way. One way was by installing moveable wing vents in the door glass that could be opened – and canted – to direct air into the car. When the car was moving, this was a very effective way to “air condition” the car for free, particularly when the wing vents were paired up with under-dash vents that could be opened and closed by pulling on cable-actuated levers. Those have gone away, too.

Air conditioning – which is standard equipment in every new car – eliminated the need for “free” air conditioning but there were also the issues of the physical security of the car (it’s easier to break into a car with wing vent windows) and the phsyical integrity of the interior (wing vent windows tend to leak both air and water over time, as the rubber seals age and shrink).

An irony of the times is that many new cars have fixed vent windows that seem to be begging to be opened – if only they had hinges to allow them to do so.

Yeah I miss even the black plastic unpainted bumpers that could get bumped and scraped and you’d hardly know.

Want to know what I don’t miss?

1) Body rot, which was a problem in almost all cars built before 1990.
2) mufflers with a 4 year (or less) lifespan. Remember seeing dead mufflers on the side of the road? I do.
3) Dashboards that cracked
4) Standard DIN head units that thieves popped with ease
5) Squeaks and rattles that developed in the first 6 months and never went away. This was a defining feature of the Detroit lead sleds my parents endured
6) Batteries that required maintenance
7) General unreliability that has faded dramatically over the last 30-40 years

Agreed, and why they say “two sides to every coin.” However, this post was about the things new cars do not have.

The “safety” features in today’s new cars are what gets me most.

You have to admit the new-fangled safety features, while they have some benefits – are essentially a deficit to our ability to pay attention naturally. Instead of relying on a computer to do the work for us.