The Next Insurance Offer You Can’t Refuse

The Next Insurance Offer You Can’t Refuse

[Amazing, isn’t it? Hardly anyone talks about these rackets that exist in our world. Something to think about as lobbyists nudge politicians to create new laws. Such as seatbelts, helmets and so on. Cui Bono? Not you or I, that’s for sure.]

The customer hasn’t got much room to haggle when he can’t say no.

Imagine what car buying would be like if you weren’t allowed to leave the showroom – if you had to buy a car. Maybe not this car – or that car.

But a car, regardless. One that met the “mandatory minimums” they decreed.

That’s the Dirty Pool which the car insurance mafia plays. But as bad as it is not being able to say no their offer-you-can’t-refuse, it’s about to get worse. 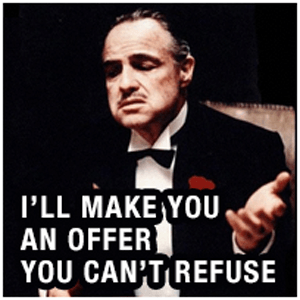 Under the current regime, even though you’re forced to buy insurance coverage, that coverage is at least loosely based upon your individual  risk profile. If you’re prone to “accidents” (which for the most part aren’t, being the result of avoidable driver error) your rates are adjusted upward. If you are not “accident” prone, you will (properly) pay less.

Some of this, of course, is based on more general criteria – e.g., the young (and old) being statistically more “accident” prone the not-young but not-yet-old – and on more dubious correlations such as the victim (whoops, the insured) having received a ticket for “speeding” or some other such, notwithstanding the absence of “accidents” on the victim’s driving record.

Also, you can choose to buy a less-costly-to-insure brand or type of car (e.g., a family sedan) rather than a more-expensive-to-insure car (e.g., a sports car or luxury car). Most of all, you can choose to own an older – and paid-for – car and buy only the minimum coverage decreed by the mafia. You can skip collision coverage – which those who make payments have to buy.

So – even though you can’t say no to insurance – you can to some extent tamp down your premium costs. 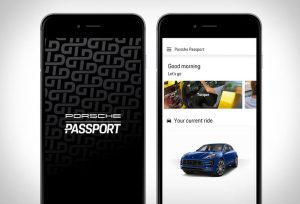 Now imagine one-size-fits-all coverage – based on the the most “accident”-prone driver, the one with the worst record of incurring losses and getting tickets. The glaucoma-fogged, semi-senile oldster. The reckless texting teenager.

Everyone pays the same (more) regardless of who they are, how old they are – or how they drive.

The insurance mafia – in partnership with the car industry – is working on exactly such as system and it’s pure genius from the standpoint of their cashflow. It could eliminate the “losses” of lower-priced policies based on lower individual risk profiles.

Instead of us buying or leasing a particular car – and paying a premium (and a monthly payment, if we finance) based on that particular car and our particular record/risk profile – we are to be nudged into buying a subscription to a brand of car. We will then be able to drive various cars manufactured under that label – the bait on the hook – rather than be “tied down” to just one car.

Start out the month with a sedan – end it with an SUV. Pick a sports car the month after that. It’s all part of the subscription. 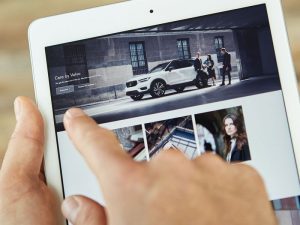 And so is the cost of the insurance coverage. It’s folded into the monthly subscription fee – and it’s one-size-fits all.

Which makes it haltingly expensive.

No surprise there. You – Good Driver A, in your 40s, no “accidents” – are lumped into the same pool of risk with everyone else. And, of course, you’re coverage is based on the cost-to-fix for multiple vehicles, all new. None inexpensive and even if one or two of them are less so, the others in the subscription deal are less so and thus the average goes up.

So does your payment.

Example: GM’s Book by Cadillac subscription. For just $1,800 per month (a deal compared with BMW and Porsche’s subscription plans, which go for $2,000 per month) plus a $500 fee to join you can drive up to 18 different Cadillac models each year. Of course, you can only drive one of them at a time – even though you are being charged (in effect) a fee equivalent to multiple payments. 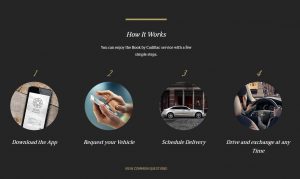 Or lease all three – for $700 per month less than the cost of the Book by Cadillac subscription.

That way, you’ll have some money left over to pay for insurance.

Better yet, just buy one – and save yourself about $1,200 per month. You’ll have more than enough left over for “coverage,” plus gas – and you’ll eventually own the thing and pay nothing per month.

The mafia – and that now includes the car industry, which has decided it is better to join ’em if you can’t beat ’em – doesn’t want you to own your car. There is no money in that.

Well, there is less money in that. 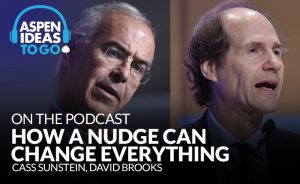 What they want is more money – ongoing. Payments in perpetuity. And not just for the high-end stuff like Cadillacs and BMWs, Porsches and Volvos. This subscription thing is going to be hard-sold at every level.

You can’t fault them for this. Making money is what businesses do.

The part you can fault them for is the nudge. The making-mandatory. They’ve done this with insurance already. Forcing us to buy “coverage” based on the obnoxious-to-liberty idea that might-cause-damage is the same thing as did-cause-damage. Forcing us to pay for harms we haven’t caused – for the benefit of hugely profitable private businesses, which use the force of government to line their pockets at our expense.

And now it’s occurred to them that subscriptions can work the same magic. It may not become a legal mandate in the sense that insurance is. But they are working on making it de facto unavoidable – by acceding to every outrageous mandate (saaaaaaaaaaafety, fuel economy) ginned up by the government and even thinking up a few of their own. All of which is making cars ever-more-expensive to buy, which makes financing them harder and harder.

Which results in fewer and fewer people able to do so, even if they want to.

Enter the subscription. Eternal rent payments on a thing you’ll never own. Plus “coverage.”

It’s as economically unhinged an idea as buying a $40,000 electric car in order to avoid spending $40 on a fill-up.

But just like electric cars (and automated cars) it promises to make them book – at our expense.