[411 Note: These “mandated” vehicular “safety” features of cars have gone WAY too far. And what has gone even further – is the fact that MOST people just “accept” them as okay. Meanwhile, their brains are dissolving faster than a Jolly Rancher in a vat of hot water…]

Grown-ups used to appreciate being treated as grown-ups, especially by other grown-ups. How is it that today’s grown-ups demand that they be treated like not-too-bright children?

This manifests all over but one obvious area is new cars. The latest example being what Nissan just announced it will be installing in at least one of its 2018 models – the Pathfinder SUV – and probably, inevitably, the rest, too:

Its purpose? To remind Moo or Duh (or both of them, together) that Baby Finster is strapped into his seat back there and not to forget and leave him to roast like a pork loin while they go shopping for a new sail fawn. 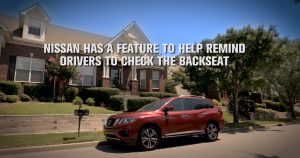 This is apparently necessary to “tackle the problem of children dying of heat stroke in vehicles.” Expect the Feds to make this the next mandatory saaaaaaaaaafety feature you’ll have to buy along with your next new car, whether you have kids or not.

Back-up cameras were made mandatory for exactly the same reason. A handful of adult imbeciles backed-up over babies – who were left on the ground behind a parked car and forgotten about until  . . . squish. The parents of the squished could not, apparently, be expected to account for their kids beforedriving off or even to use their mirrors. Solution? As always. Everyone must be presumed a moron, no matter their age or their personal conduct (including whether they have run over a tot or not) and albatrossed with another piece of electronic centrifugal bumblepuppy that makes noise and annoys and also costs.

Call it the Imbecile Tax – which is to be levied upon all, imbecile or not.

Does it not make your teeth ache? 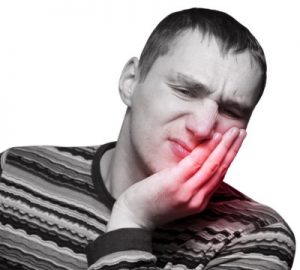 There is even an outfit devoted to pushing this – NoHeatStroke.org – and it probably provides full-time paid gigs for a small army of professional Moos who, in a better time, would have found an outlet as substitute librarians.

And what is the extent of this crisis? It must be extensive, given the existence of a national organization to combat it and a new annoyance certain to be mandated as an electronic prophylactic.

That is the number of toasted tots, nationally, so far this year, according to NoHeatStroke.org. Over the past 20 years, the total is 730. Which works out to about 36 per year out of a nation of 310 or so million people, of whom several million are tots.

Cleft palate is a greater menace and yet no one speaks urgently of it. Probably more fingers get jammed in closing car doors in a month than broiled babies in a year.

No doubt, there will soon be NoJammedFingers.org as well, with paid staff, lobbyists – and soon thereafter – a federal mandate that car doors be fitted with a soft-closing mechanism or some kind of object detection gadget that prevents their being slammed shut if a finger or some such is in the way.

Such a thing already exists, in fact. Many SmooVees have rear liftgates that cannot simply be heaved open or slammed shut. You push a button and then – accompanied by a chime – the liftgate oh-so-gradually raises (or closes) itself. It feels like it takes a geological epoch for this process to complete. 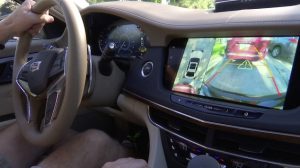 Most new cars will insolently turn down the volume of the radio whenever the car’s gear selector is put into Reverse. Some won’t let you reverse at all, if a door happens to be open (which is sometimes necessary, in order to see what might be behind you, in order to not run over it).

Put a laptop on the otherwise unoccupied passenger seat and the seat belt safety buzzer will go nuts until you either buckle up the laptop (or bag of groceries) or put them on the floor.

It is apparently too much to expect people to occasionally check something as critical to the safe operation of their car as the air pressure in each tire. Solution? Fit all cars with notoriously inaccurate electronic tire pressure monitors. This way, they can say it’s not their fault when they wreck due to a near-flat tire that the sensor didn’t sense. 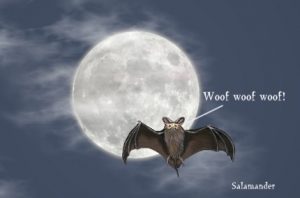 Whenever anyone gets hurt – especially if it’s a child, children having become the secularized Western world equivalent of a sacred bull in India  – the first reaction is not to ask whether the responsible adults were the cause – having not acted as adults or responsibly – but whether some law can be passed or gadget imposed on everyone, in the manner of spraying DDT on crops.

The startling thing is – from what can be divined via the public reaction – few people seem to object to this. Despite the grossly insulting nature of the thing and leaving aside the cost. It was not too very long ago that adults got mad when talked down to. There was an expectation that a grown-up had a right to be treated as a grown-up and not like an idiot child – at least until he gave reason to be so treated. 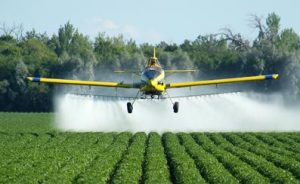 Today, grown-ups beg to be treated like idiot children. Want – apparently – to be parented.

Why are such people even allowed to have children? Is it not the logical end-of-the-road? If a person cannot be trusted to remember what he did with his kid – to not leave the kid to roast to death in the back of the fambly SmooVee – shouldn’t this person have been sterilized to prevent such tragedies from even being possible?

Probably, it will come to that.

Spaying and neutering are, arguably, the ultimate “safety” measures.