Speeding is a Capital Offense

Speeding is a Capital Offense

[411 Note: This concept doesn’t sink in for the majority of mentally-enslaved morons. The whole system is (and has been for almost its entire existence) an enormous racket. Something to think about as you “obey” during your holiday…]

Did you know that the penalty for speeding is death?

It is something to think about as we head into the Farce of July and the sickly celebration of the freedoms we lost a long time ago. Among these, the right to not be shot to death in the streets over traffic offenses.

A couple of years ago, the nine Judge Dredds who quite literally are the law – by dint of decreeing what the law is, as opposed to what the Constitution actually says –  ruled (a most appropriate term) that if a speeding motorist flees from an enforcer of the law, that enforcer is empowered to execute him. (News story here.)

The case at issue was Plumhoff vs. Rickard. 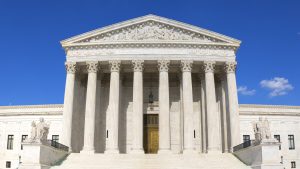 Eventually, Rickard’s car was cornered – and even though all that had transpired thus far was some illegal high-speed driving – by both parties, it’s important to point out – when Rickard “refused to surrender,” Plumhoff fired his gun at him three times.

For unfathomable reasons, he imagined his life to be in danger. He thus hit the gas and attempted to get away – whereupon Plumhoff emptied his semi-automatic pistol’s magazine (12 more shots) into the bodies of both Rickard and his passenger, both of whom were rendered immediately “compliant” – and very dead. Of a piece with the summary execution of Miriam Carey – do you recall? – who was gunned down in living color and with her baby in the passenger seat, just a hop skip and a jump away from the den of the Nine. 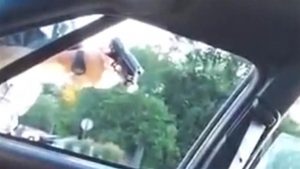 And, of course, Philando Castile – executed by a law enforcer named Geronimo – who “feared for his safety” after Castile explained he had a legal firearm (and permit) on his person. Castile didn’t even commit a moving violation. He was pulled over because the enforcer thought he looked like another person who had apparently committed a robbery.

Herewith the reasoning of The Nine, in the words of America’s very own Roland Freisler, Samuel Alito:

“It is beyond serious dispute that Rickard’s flight posed a grave public safety risk, and here the police acted reasonably in using deadly force to end that risk.” 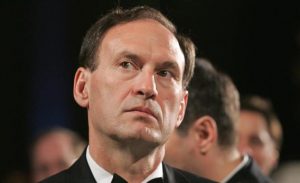 But what constitutes a “grave public safety risk”? Pretty much whatever the law enforcer says – no, believes – it is.

We live in the Era of Officer Safety, an offshoot of the broader Safety Cult.

A moment’s hesitation or questioning of barked orders amounts to “resisting” and a “threat” to “officer safety.”

It is more like a challenge to their authority – which is the real issue, never spoken but understood by everyone.

This bears keeping in mind as we approach the Farce that is the Fourth – and the checkpoints that will be peppered across the land of the “free” to make sure everyone is “safe.”

Note that in this Plumhoff vs. Rickard case, as in so many similar cases, no one was harmed. Except of course for Rickard. According to Alito and the Nine,  the possibility (however theoretical) that “someone” might have gotten hurt constitutes sufficient justification to kill the offender.

This means you. And me.

Unless you are one of the Unicorns who never “speeds” – and so never “poses a grave public safety risk” – as all “speeders” do, we are constantly assured.

In my own state of Virginia (and several others) it is “reckless” driving – by definition, under the law – to drive even 1 MPH faster than 79 MPH.  Even when the posted limit is 70, as it is on many Virginia highways.

And “reckless” driving surely qualifies as a “grave threat to public safety.” If not, words have no meaning. 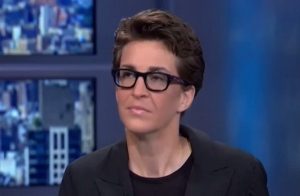 Of course, 81 on the highway (posted 70, everyone driving at least 75) is as “reckless” as Rachel Madow is feminine.

And yet, the hapless victim faces the Hobson’s choice of pulling over – and being cow-belled with what are arguably “excessive bails and fines” – forbidden by the Constitution but approved by the Nine – or doing the not-unreasonable thing and attempting to get away, per Rickard.

Either way, the sentence could very well be . . .  death.

There is a very real threat to our safety posed by law enforcement, which has all-but-been-given official license to kill for whenever they ululate the magic words, Officer Safety.

It is not merely tempting to hit the gas and make for the next exit ramp, it is arguably reasonable. But then you have become a “grave public safety risk.”

Judge Dredd is no longer a comic book character. His signature line – “I am the law!” – is now our officially approved reality.

Enjoy the Fourth Farce. Hopefully, in the safety of your home.