[411 Note: Another one of many reasons to seriously consider curtailing your addiction to technology. You have to think about it now – before you entirely lose the ability to critically think!]

Whatever their failings, machines generally don’t second-guess you. Turn them on, turn them off. Point them in a certain direction. Command them to move or spin or do whatever it is they were made to do and – assuming they are not broken – they will usually do it.

And won’t try to nudge you to do what they think is best.

They pre-empt and nudge. Do things you didn’t ask them to – and won’t do things you want them to. They turn on – and off- at random, according to their own lights. They are not broken, either.

Which means, of course, they can’t be fixed. 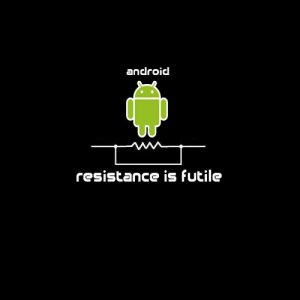 They seem to literally have a mind of their own – and in a very real sense, they do. They are programmed to guess/intuit/anticipate your needs – whether you need them to or not.

It is like having an insolent intern or personal assistant who is useful to you in some ways but an aneurism-inducing  aggravation in other ways. And unlike the intern or PA – whom you can fire and replace with a more deferential one who actually does do what you ask without giving you lip or funny looks or unsanctioned advice – and doesn’t do things you didn’t ask them to – electronic gadgets are pretty much all the same. In particular, their annoying penchant to pre-empt; to nudge you along certain pathways of the software’s – that is, the programmer’s – choosing.

Always because the programmer has decided it’s good for you.

It most definitely isn’t a master-servant relationship, as it ought to be. As it was, with machines.

And it is spreading.

Apple announced the other day that the next iPhone will lock you out whenever your car is moving. No texting, either sending or receiving. Nor swiping or tapping, either.

Just like the saaaaaafety features built into the latest cars that lock you out of many of the “infotainment” features while the car is moving.

And automatically – parentally – mute or turn down the volume of the radio whenever the car’s transmission is put into Reverse. Or refuse to allow you to turn off the traction control. Flashes a red light at you when you exceed the speeeeeeeeed limit (yes, really).

Apples’ new “feature” – as it is being marketed – will be built into iOS 11, the latest software for their sail fawns. This will spread, as it always does. You will not be able to say No Thanks.

Your sail fawn has decided that you are not capable of safely answering a call or sending a text while driving. Because some people cannot. The people who can’t handle a car regardless.

But it will peremptorily assault you in the middle of night, while you are trying to sleep, with a piercing Amber Alert – about a disappeared kid 50 miles away that you can do precisely zero to assist. What are you supposed to do? Put on a fire hat and run outside and look for the kid?

You cannot delete Amber Alert, either. Or even turn it off.

They are talking about doing the same with “important” announcements from Dear Leader. Amber Alerts expanded to Emergency Alerts. The “emergency” being whatever they decide it is.

Since people have stopped paying attention to their Tele-Prompt-ered “speeches,” they will  be force-fed to us, via dey sail fawns. Unctions to vote. Maybe to remember to eat your veggies today, too. 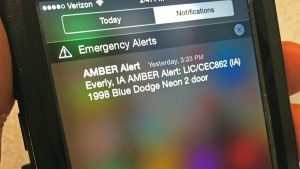 It’s demoralizing. Like being ankle-tied to your stretch-pants-wearing sixth grade teacher .

And it’s not just Apple, either.

Nissan, according to reports, is giving serious thought to making its new cars mobile Faraday Cages – impenetrable to radio signals. Texts could not be sent or received from within. Ditto emails and other real-time updates. (Satellite radio transmissions will be a problem; no word as to how that will be allowed through.)

GM and Volvo are playing with the idea of fitting their new cars with built-in “passive” alcohol sensors; the steering wheel and other surfaces would sample your skin – and if the car decides you’ve had one-too-many, it won’t start.

The Kia Cadenza I test drove this week (reviewed here) is a nice car, overall – but like almost all new cars, has a suffocating suite of saaaaaaaaaaaaaaaaaaaaaaaaaafetytechnologies that you cannot skip. Among them, sensors for the profusion of air bags built into the car (eight of them) that are so sensitive to weight that they sound the alarm if a laptop or hoagie from Subway is left unbuckled in the passenger seat. Literally, an alarm will sound – and the only way to shut the thing up is to buckle up the laptop or the sandwich.

A great, retarded Skynet is descending.

Or rather, a Skynet that considers us retards is descending. We haven’t been targeted for termination. Just pre-emptive lobotomization. All of us – because some of us deserve to be so regarded (and treated).

Cry saaaaaaaaafety!  . . . and let slip the dogs of control.