Below our preface – is a decent article from our friend Eric Peters entitled Viva Uber.

However – I have to add some sauce to the discussion.

Transportation in modern-day America does not need to be complicated. People should be free to go from point A to point B as long as it does not INJURE anyone else.

Secondly – all forms of transportation should be “at your own risk.” As in, if you decide to become mobile (not on your phone), you are in charge of your own risk (i.e., being aware of environmental variables).

But as our society becomes more controlling – the need for the “ruling powers” (hate that), to coddle and control how “safe” things should be. (i.e., why rail systems and robot self-driving cars are so desirable).

We’ll eventually get to a 100% nanny state at this rate.

And while I hate intervention – there is some need at times. Such as for air travel – which is risky (just as driving on the roads is risky), however – planes high above pose risks to people far removed from the roads around us. Shit will fall from the sky. Which sucks!

Rent-a-Ride debates are missing some ingredients

What I despise most about the Uber vs. “Governed” taxis, is that TRUE individuals are not involved in the debate.

Only government and some asshole app-creators. Nothing else.

Why does Uber have to make BILLIONS despite not actually earning a profit? How is that company “worth” anything if they have a negative cash flow? Burning money?

Do you NOT see the writing on the wall?

Open-source transportation would be IDEAL!

Linux is an open-source non-profit operating system. People volunteer their time and effort to create something.

Ride-sharing should be the same.

Let the free market decide how these things work.

Good services would thrive – bad ones would not.

But why only a handful of fancy app-makers (Lyft, Uber, and maybe half-a-dozen others) makes no sense.

I’d be thrilled if someone developed an “underground” app of some kind (NO CHARGE) where providers and riders just exchanged freely without any overhead.

But now that Uber is subsidizing rides (often half as much) – their rides are artificially inexpensive.

Drivers are hurt, Uber is bleeding money, and a fake market has been created.

All these agreements should be individualized by market, demand and a fair profit.

Sure apps make things “easy” for the complacent users. BUT they also CENTRALIZE power and control over billions of dollars in transactions. And who “skims off the top?” UBER, etc.

There has to be a better way. And SOON.

About four months from now, Americans will go through the sickly, depressing ritual of celebrating the liberties they no longer enjoy. This includes, among an almost infinite number of things now malum prohibitum (that is, illegal, a violation of some law or statute, but entailing no harm done) being free to hire someone to give them a ride at a price mutually agreeable and otherwise acceptable to both parties.

Instead of a government-approved car, and all the government-approved rest of it, the idea was that people without any special training, outfits or permission slips but who had a vehicle and were willing to drive people from A to B could do so and earn a buck thereby. Uber would serve as the middleman – providing the conduit (an app) via which the drivers and the riders could connect with one another.

This would be done more efficiently – less expensively – than Officially Approved Taxi service.

Uber has been accused of just about everything shy of employing John Wayne Gacy proteges in clown suits, handcuffs and roofies in the glovebox.

They are not regulated! It is unsafe!

Except it isn’t. As usual, the bleats of altruistic hysteria are really the very self-interested keening of dirty birdies whose well-feathered nests are in danger of being ruffled.

There is no evidence  that riding in an Uber car is any more dangerous than riding in an Officially Approved Taxi. It is probably safer to ride in an Uber car, which is at least a modern car and not a late ’90s vintage Ford Crown Vic with 478,000 miles on the clock. But that matters as much as the lack of evidence that a .02 increase in emissions of oxides of nitrogen from TDI-powered VWs is causing harm to people.

What matters  is the challenge to the authority – the majesty – of the busybodies with guns. Who cannot abide being affronted.

Uber must be stomped.

But – to its great credit – Uber (unlike VW) has fought back.

The company developed an ingenious app called “Greyball” to suss out government busybodies and deny them rides. Plausible deniability is achieved by citing Uber’s terms of service, which the busybodies with guns violate since they are not looking merely for a ride; they are looking for “violations” of various malum prohibitum codes, laws, regulations and so on that would then be used to fine or otherwise cause actual harm (malum in se) to the Uber driver, or to Uber itself.

Like the glorious catalytic converter “test pipe” and – more recently – the VW “cheat” programming of TDI-powered cars – everyone knows that Greyball is all about end-running the busybodies-with-guns. 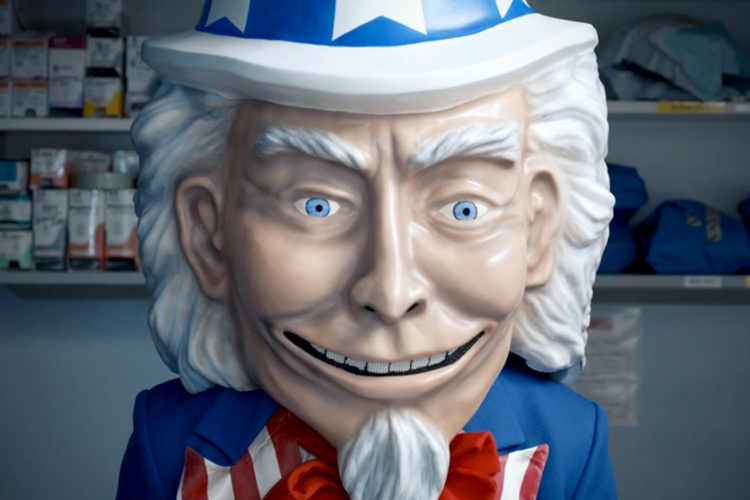 Uber, though, has been smart enough to not say so openly. Instead:

“This program denies ride requests to fraudulent users who are violating our terms of service – whether that’s people aiming to physically harm drivers, competitors looking to disrupt our operations or opponents who collude with officials on secret ‘stings’ meant to entrap drivers,” the company said in an official statement following revelations by – of course – The New York Times. Which – remember? – silently colluded with the government during the reign of The Chimp to suppress information about what the government was up to that (again) involved actual harm to actual people – malum in se.

But now, The Times is all fluffed up in faux reportorial indignation over Uber’s efforts to skirt, dodge or otherwise end-run the malum prohibitum actions of Uber.

It can cost six figures to obtain a “medallion” – the permission of the busybodies-with-guns – to legally give people rides for money in New York City.

Which is why it costs so much to hire a NYC taxicab.

Why isn’t The New York Times outraged about any of that?

It is not coincidental that Manhattan – home of The Times and the six-figure taxi medallion –  was the beating heart of pro-British-ism (Toryism) during the war for independence and, subsequently, the beating heart of British-ism in everything except hereditary monarchy. It is the home turf of the Federalists who sought to erect – and did erect – the institutional framework of an all-but-omnipotent federal government. The soil in which lie the bones of the most treacherous American prior to Abraham Lincoln – Alexander Hamilton. 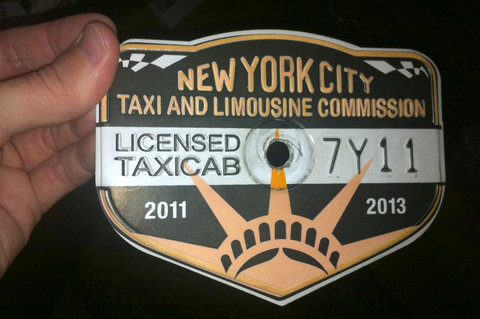 These people – whatever they may be – are not Americans. Not in the sense that matters – or at least, which used to matter.

Once upon a time, to be an American meant – to not be a busybody, at gunpoint or otherwise. It meant not sweating what other free people chose to do among themselves, provided they weren’t harming anyone else in the process.

Uber is morally clean and – more – knows it is. Whatever malum prohibitum it may stand “guilty” of, Uber knows no one has been harmed and – therefore – feels no shame attempting to circumvent the busybodies with guns. No apologies, no embarrassing press conferences.

Instead, a glorious Screw You! aimed squarely at the ugsome faces of the busybodies.

VW could learn something from Uber’s manly stand for liberty.