Another generation of Teens that don’t Read. Is it really ‘just’ technology, or is it Parents?

A common sight in malls, in pizza parlors, in Starbucks, and wherever else American teens hang out: three or four kids, hooded, gathered around a table, leaning over like monks or druids, their eyes fastened to the smartphones held in front of them.

The teens are making a communion of a sort. Looking at them, you can envy their happiness (and lack of creativity?). You can also find yourself wishing them immersed in a different kind of happiness—in a superb book or a series of books, in the reading obsession itself! You should probably keep on wishing.

It’s very likely that teenagers, attached to screens of one sort or another, read more words than they ever have in the past. But they often read scraps, excerpts, articles, parts of articles, messages, pieces of information from everywhere and from nowhere. It’s likely that they are reading fewer books. Yes, millions of kids have read Harry Potter, “The Lord of the Rings,” “The Hunger Games,” and other fantasy and dystopian fictions; also vampire romance, graphic novels (some very good), young-adult novels (ditto), and convulsively exciting street lit. Yet what happens as they move toward adolescence?

When they become twelve or thirteen, kids often stop reading seriously. The boys veer off into sports or computer games, the girls into friendship in all its wrenching mysteries and satisfactions of favor and exclusion. Much of their social life, for boys as well as girls, is now conducted on smartphones, where teenagers don’t have to confront one another. The terror of eye contact! Sherry Turkle, in her recent book “Reclaiming Conversation,” has written about the loss of self that this avoidance creates and also of the peculiar boredom paradoxically produced by the act of constantly fleeing boredom.

If kids are avoiding eye contact, they are avoiding books even more. Work by the Pew Research Center and other outfits have confirmed the testimony of teachers and parents and the evidence of one’s eyes. Few late teenagers are reading many books. A recent summary of studies cited by Common Sense Media indicates that American teenagers are less likely to read “for fun” at seventeen than at thirteen. The category of reading “for fun” is itself a little depressing, since it divides reading into duty (for school) and gratification (sitting on a beach towel), as if the two were necessarily opposed.

My own observation, after spending a lot of time talking to teenagers in recent years: reading anything serious has become a chore, like doing the laundry or prepping a meal for a kid brother. Or, if it’s not a chore, it’s just an activity, like swimming or shopping, an activity like any other. It’s not something that runs through the rest of their lives. In sum, reading has lost its privileged status; few kids are ashamed that they’re not doing it much. The notion that you should always have a book going—that notion, which all real readers share, doesn’t flourish in many kids. Often, they look at you blankly when you ask them what they are reading on their own.

Of course, these kids are very busy. School, homework, sports, jobs, clothes, parents, brothers, sisters, half brothers, half sisters, friendships, love affairs, hanging out, music, and, most of all, screens (TV, Internet, games, texting, Instagramming)—compared with all of that, reading a book is a weak, petulant claimant on their time. Reading frustrates their smartphone sense of being everywhere at once. Suddenly, they are stuck on that page, anchored, moored, and many are glum about it. Being unconnected makes them anxious and even angry. “Books smell like old people,” I heard a student say in New Haven.

Yes, I know: this is not a new story. We have known it since the iPhone was introduced, in 2007. Yet teenage time on screens, as Turkle has documented, has recently increased to the point where it takes over many young lives altogether. Digital culture has enveloped us more quickly and more thoroughly than most of us had imagined. But what can be done about it?

Many adults, overwhelmed by a changed reality, shrug off the problem. You don’t want to become a crank. After all, reading technologies have changed in the past; television altered consciousness and social patterns sixty years ago, and kids survived and became adults. Literature will survive, too, somehow. Or so we would like to think. (I’m not so sure: the personal gratification provided by constant feedback doesn’t wither as one gets older.)

Some of this indifference may be caused by rueful self-acknowledgment on the part of adults. Many of us are looking at screens all the time, too. Even the book lovers, carrying some tome on an airplane, or listening to an audiobook in the car, turn on their phones as soon as they can. 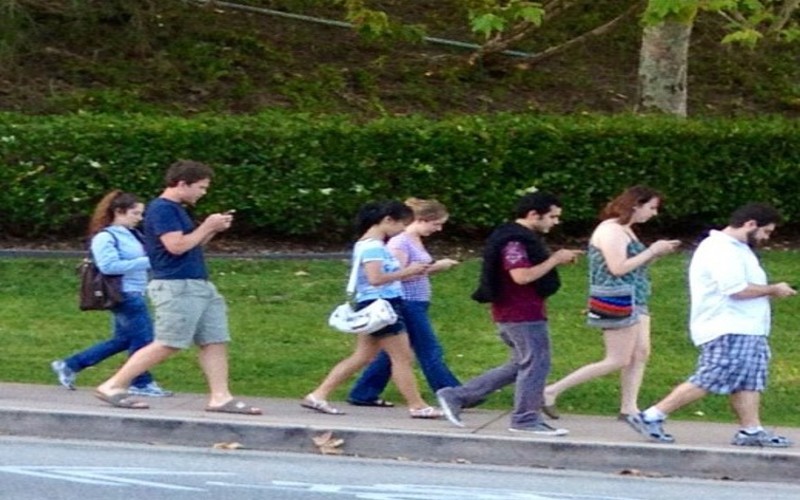 Was it better once? I know perfectly well that there was never a Golden Age of Teen Reading. No more than a minority read, on their own, J. D. Salinger or Joseph Heller or Charlotte Brontë fifty years ago; or Kurt Vonnegut or Ray Bradbury or Allen Ginsberg forty years ago; or science and history. Yet now that minority has grown even smaller—and defensive, too. The celebrated nerds among kids are mostly techies.

Making the case that serious reading is one of life’s great boons—that screen-bound kids are in danger of missing something tremendous—has become awkward, square-headed, emotionally difficult. The plea for beauty and moral complexity may sound merely plaintive. (Few of us are as fierce as the gentle Keats.) Novelists, poets, essayists, and university humanists, emerging from their proud corners, find it hard to talk of character, judgment, perceptiveness, wit, empathy, and other such virtues encouraged by serious reading.

They are not salesmen, and they don’t want to sound like William Bennett: such things, they believe, should be self-evident. Earlier ages (the Greeks, the Victorians, etc.) were convinced of the improving value of literature, but in the twentieth century the sophisticated position was always that literature improves nothing, does nothing; it creates only delight.

Lifetime readers know that reading literature can be transformative, but they can’t prove it. If they tried, they would have to buck the metric prejudice, the American notion that assertions unsupported with statistics are virtually meaningless. What they know about literature and its effects is literally and spiritually immeasurable. They would have to buck common marketplace wisdom, too: in an economy demanding “skill sets”—defined narrowly as technical and business skills—that deep-reading stuff won’t get you anywhere.

The Times reported on Monday that at least fifteen state governments were offering some type of bonus or premium for high-demand STEM degrees. “All the people in the world who want to study French literature can do so,” Matt Bevin, the governor of Kentucky, said. “They’re just not going to be subsidized by the taxpayers like engineers will be, for example.” (Governor Bevin, as it turns out, graduated from Washington and Lee with a bachelor’s degree in Japanese and East Asian studies. So much for the crippling effects of the humanities.)

But this STEM panic may be nonsense. Business leaders have repeatedly said they want to hire people who can think and judge, follow complicated instructions, understand fellow-workers, stand up and talk in a meeting.

I know that reading literature, history, science, and the rest of the liberal-arts canon helps produce three-dimensional human beings. But how is a taste for such reading created in the first place? Infants held in their parents’ arms, told stories, and read to will not remember the images or the words, but they will likely remember the warmth and comfort associated with books and conversation, especially when the experience is repeated hundreds of times.

The luckiest of the children fall out of parents’ arms into preschool. In the good ones, books are read aloud, valued, expounded, held up for kids to enjoy. The rest of American children arrive at school in kindergarten and are then, for thirteen years, either nurtured or betrayed by teachers.

Teachers are the most maligned and ignored professionals in American life. In the humanities, the good ones are as central to our emotional and moral life as priests, ministers, rabbis, and imams. The good ones are not sheepish or silent in defense of literature and history and the rest. They can’t be; the children’s lives are right before them. In high-school English, if the teachers are shrewd and willing to take a few risks, they will try to reach the students where they live emotionally.

They will engage, for instance, with “naïve” existential questions (what do I live for?) and also adolescent fascination with “dark” moods and the fear of being engulfed by adult society. Shakespeare, Mary Shelley, Poe, Hawthorne, Twain, Stevenson, Orwell, Vonnegut, and many others wrote about such things. And if teachers can make books important to kids—and forge the necessary link to pleasure and need—those kids may turn off the screens. At least for a few vital hours.